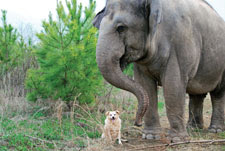 While most of us think of death as a bad thing, especially when the one who dies was not sick, philosophers have famously recognized that there is a problem identifying just who is harmed by death and when that harm occurs. This may strike you as one of the many odd things that philosophers tie themselves in knots over. It seems obvious that death is a harm to us when we die. But as Epicurus wrote long ago -- “[T]he most awful of evils, is nothing to us, seeing that, when we are, death is not come, and, when death is come, we are not.” In other words, before death there is no harm as death hasn’t happened yet and thus does no damage to the creature who eventually will die, after death there is no one to be harmed since death marks the end of that creature and all of her experiences. In order to avoid this philosophical problem, I’ve been thinking of death as a social harm. Death is not so much a harm to the one who dies, but rather to those who remain.

This social harm was made particularly vivid to me this week with the death of the dog Bella, who became well-known through her uncommon friendship with a gentle giant, Tarra, an elephant who lives at The Elephant Sanctuary in Tennessee. Elephants, of all the other animals, are perhaps best known as those who grieve those who die and often suffer trauma when they witness the murder of one of their own. Bella died at the sanctuary during the night when she apparently was attacked by coyotes and killed. Tarra looks to have retrieved the body to bring Bella to rest close to “home.” Now Tarra, the elephant caregivers (read Suz’s heartbreaking account), and all of us who have been following this unlikely friendship grieve. We are suffering the social harm that death is, while Bella is no more.

Fortunately for Tarra, she has friends like Shirley (another remarkable elephant who I write about in Chapter 5 of Ethics and Animals) and she, and all of us who mourn with her, will get by with the help of our friends.